It’s the summer of 2015, the hottest in recorded history. The European refugee crisis is in full swing and NASA's New Horizon spacecraft arrives at Pluto. In Brussels, I have a meeting at the Royal Belgian Film Archive and I’m about to present my vision on how to make film heritage data relevant in the next 100 year and on. The room is hot, damp, packed with important people and - to be honest - I’m a bit nervous.

Flash forward. January 2018. My team and me are in the middle of writing tons of little scripts to link 30.000+ data entries to online Linked Data ontologies and we just encountered the data entry of a notoriously difficult Russian (or Soviet?) director by the name of Sergei Mikhailovich Eisenstein. And we knew he was coming. The kind of thing that lingers in the back of your head when you hit the letter “E” in the database. Difficult how? Well, you know, the guy’s name isn’t Eisenstein, but Эйзенштейн. I’m about to open a Google search page when Bruno - a very literate - and lovable - Cinematek employee - drops down a half-perished/half-torn-to-pieces book on my desk called “International System for the Transliteration of Cyrillic Characters”, date-stamped 1955.

“This is how you do it”, he assures me. Don’t use Google, this is how we do it , both now and back in the days. This is what happens when you work with professional archivists: they have a system. And it’s their system, love it or not. So it’s how they do and did it and you can bet your mother’s head it’s always been done like this, letter per letter. No questions asked, no mistakes made.

Back to the hot summer day of 2015. “So, mr. Biesbrouck”, the man in the middle asks, “how do we make sure film data and metadata are still relevant in the days and years to come?”. You know, when it comes to making a point, I’ve always been a bit fan of short, bold boutades. It’s a question of teasing the person in front of you with a fine and subtle mix of puzzlement, crypticism and curiousness, decorated with a little sauce of presumptuousness. Then you wait - long enough for them to respond in eagerness to know more. So I brace myself, tuck away my cold feet, stare the group right in the face and say: “Simple. Let’s link it”.

Do you know how many ways there are to convert Cyrillic names to Latin script? Me neither, but there’s a lot. And the worst of it all, some people are aware there’s a lot. Hell, some of those dirty bastards probably invented their own methods. So when it comes to entering Эйзенштейн into a digital fiche-field that only accepts Latin-script using an AZERTY keyboard, I won’t have to tell you people, well, “get creative”. Of course, there’s a system, yes. But you know, interns don’t know the system. Nor do new employees, helping hands, bosses, people-with-their-own-system and ... film-artists. And records that weren’t digital-born - but digitized from index cards - tend to contain extra typing- and reading-mistakes. So I can assure you, if you query the Cinematek’s database for “Eisenstein”, you’ll be hit with, like, 10% of all actual results. The results you find will be about Sergei Mikhailovich Eisenstein, but possibly about something completely irrelevant or plain old junk. So we need a way to distinguish between the “real mad Soviet genius” and the “other junk”. Linked Data to the rescue...

So, back to the hot, damp summer room again and I’m confronted with a lot of puzzled faces. “Link it?” I get asked. “Yes, link it”, I say firmly. “It’s the only solution to survive the scary-future-technology-times that are rushing towards us”. And so we Linked It ® . And we’re still linking it. And we’re proud of what we accomplished. So proud even, that we’re hitting the road with a story of our turn-of-the-century film archive that’s transforming into Europe’s number one film technology institution. A cinematographic avant-gardistic comedy about art, modern technology and the love for film. Come and see, we’ll make you love us. 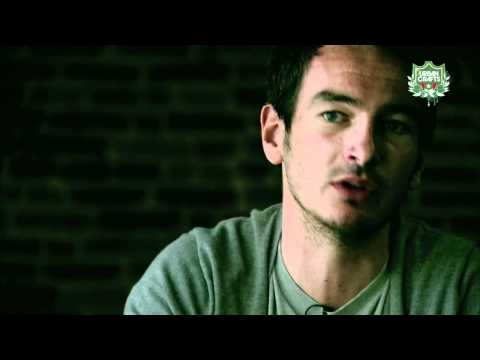